A staggering 98% of cases Gary Matthews Solicitors represented in 2015 were awarded 2/3 more than offered in the Injuries Board Assessment.

We ensure your get the justice you deserve.

So, it could be argued that 15,000 mortgages, or about 2 per cent of the total mortgage market (and this is based on today’s data, rather than when the incidents happened) is not a significant figure. Nonetheless, it is still a considerable number of people impacted.

Who has been affected?

Who has been notified?

As part of the review and investigation, lenders have started writing to their customers informing them of the mistake, advising them of the adjustment to the rate applied on their mortgage, and indicating how much they will be reimbursed.

But it’s important to remember not everyone has yet been notified.

It’s understood that AIB sent out some 2,600 letters in November, but the bank says the process is “ongoing” so new cases could still be identified. Permanent TSB sent out letters to the 1,300 or so of its impacted customers last year but as its mortgage review is also ongoing, the banks say it is still possible it will identify additional customers.

Similarly, Bank of Ireland says it has commenced contacting impacted customers, but its review is “still in progress”; while Ulster Bank says it has not yet contacted everyone as its review is also “in progress” and it will “take a number of months due to the scale and complexity of the review”.

So, there is still potentially a significant number of people who are likely to hear from their lender over the coming weeks and months.

How much am I owed?

If you suspect you were overcharged, you may be anxious to find out how much you will be due back. However it’s not an easy calculation.

An example of someone with a €100,000 mortgage over 20 years at an interest rate of 5 per cent. As the correct rate on the mortgage should have been 4 per cent, the person should be due a refund cheque of some €12,036.

But in addition to the amount people are owed, calculated as the differential in interest between the rate that should have been applied and the rate that was, mortgage account holders are also being offered compensation, but this differs from bank to bank.

Ulster Bank declined to indicate how much it is offering, but it is understood that Permanent TSB is offering 10 per cent, while AIB is offering up to 15 per cent on home loans, and 7.5 per cent on buy-to-let mortgages. Those affected are also being offered a fee towards the cost of professional advice. This means that if you are owed €30,000 from PTSB for example, you could stand to gain an additional €3,000 in compensation.

However, as the process is “ongoing”, those affected may not receive the money owed to them until sometime in 2017.

Remember, if the bank says you were overcharged and tells you by how much, make sure you get a copy of its calculations and either check the figures carefully yourself, or get them verified professionally.

Can I appeal the compensation offered?

Accepting compensation and cashing your cheque shouldn’t mean you’re giving up your rights to appeal the decision. If you feel the compensation offered isn’t sufficient, you can bring a case, where appropriate, to your bank’s appeals panel, the Financial Ombudsman, or the courts. A number of legal firms are understood to be acting for some affected customers.

Permanent TSB overcharging: Borrowers get ‘insulting’ offers of up to €50,000, 22 families lose their homes.

I received a fantastic service from Gary. The advise and consultation I got was truthful knowledgeable and clear. My friend strongly recommended you and I went along with his advise. I have and will continue to recommend you to others. 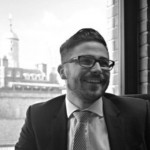 I hired Gary in 2009 for a personal injury case – not a bad service was received and I was very happy with the result and explained everything in plain English. Everything done by email and telephone as well – fast and efficient. 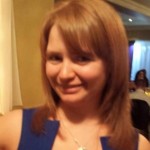 The head of Permanent TSB was facing calls to resign after overcharging at the bank cost at least 22 families their homes.

Borrowers affected by the bank’s errors were told to seek expert advice before accepting an offer of up to €50,000 in compensation, an amount that was described as “insulting”.

PTSB, which is 75pc State-owned, will have to set aside at least €80m to cover the cost of potential fines and compensation. No one in the bank has yet been identified with any wrongdoing.

The bank is offering €50,000 in compensation to people who lost their homes as a result of being overcharged mortgage interest for five years or more. Less severely affected customers will be paid as little as €3,500.

Padraic Kissane, a financial adviser who is assisting many of those affected, urged people to get independent advice before accepting any offer.

“You can’t quantify what this has meant to people. If you were overcharged by €400 a month, you had to earn an extra €800 a month to pay it, because of income tax. We won’t know what affected customers will get until we start seeing individual offers, but it will be very difficult to compensate for the damage this has caused.”

Current PTSB chief executive Jeremy Masding was not at the bank when an initial overcharging error affecting 1,372 customers first occurred.

However, David Hall of the Irish Mortgage Holders Association said the bank’s handling of the cases was “a disgrace”.

He said Mr Masding should step down over the decision to fight customers all the way to the Supreme Court – even after the Financial Ombudsman and the High Court found against the lender.

The legal actions continued into this year, delaying settlement of the cases while customers continued to be charged the higher interest rates.

Mr Hall said: “1,400 people have been treated terribly by a State-owned bank. Offering €50,000 to people who had their homes taken from them is despicable.

“How do you compensate people for stress and the fear of losing their home? Not with €50,000. I would be recommending people not to accept such an insulting offer.”

A spokeswoman for the Department of Finance refused to comment when asked if the department had confidence in Mr Masding’s position as PTSB CEO. PTSB said it held monthly shareholder meetings with the department and “kept them appraised going through the journey”.

Mr Masding said that he stood by his track record in the company. The overcharging was a result of an error, he said.

“I can find nothing to suggest that individuals or a group of people took a conscious decision not to provide the information to our customers which should have been provided to them when they contacted the bank.”

It is estimated that PTSB could end up paying out €76m in compensation to customers and could be hit with fines by the Central Bank of up to €10m.

It emerged that just under 1,400 mortgage accounts with PTSB and its subsidiary company, Springboard Mortgages Limited, are due to receive the compensation following the long-running mortgage disputes.

The customers’ contracts entitled them to tracker mortgages but, as a result of action by the bank, they ended up forced to pay much higher standard variable rates for five years or more. This difference could be €5,000 to €7,000 a year.

The higher repayments were identified as being a “key factor” in at least 22 cases of people losing their properties, although an appeal panel may find this to be the case with more.

Some 39 other affected customers have also lost their properties, but the bank said it had not yet established whether its failures were a primary factor in this. PTSB said if its failure was a key factor in the customer losing the property, any outstanding amount on the mortgage would be written off.

Mr Masding said these write-offs could be worth “hundreds of thousands of euro”. The bank estimated it will pay an average of €25,600 per account at PTSB and €23,300 per account at Springboard.

Begin your claim today – Do not delay. Our expert team will process your claim for you & advise you throughout the process.
Claim Now